Due to the current crisis, a transformation has been necessary for the range of mineral products that are made and sold in the quarries. Nowadays the clients demand products with more added value: cubicity is more important, the number of faces fractured in the stone is essential and is more common the consumption of smaller size fines. In this latter aspect, it is necessary to outline that more variety is needed. Usually, we can find in the market sand sizes 0/4, 0/2 or even 0/1. Sometimes these materials are demanded with a controlled amount of filler so that we can find washes sands or dry defillerized sands.

For the manufacture of fines, conventional counterweight screens are used. Depending on the flow or on the small size of the material to classify, it could be necessary a very high screening surface. This implies a great increase of the size of the machine and, therefore, of electric consumption or price. Also, the high size demands a major expense in structures and conduits.

For it, for the screening of fines, every day is more widespread the use of the statistical screen, also called sizers or screen sizers.

Which are the principal differences between traditional screens and sizers? 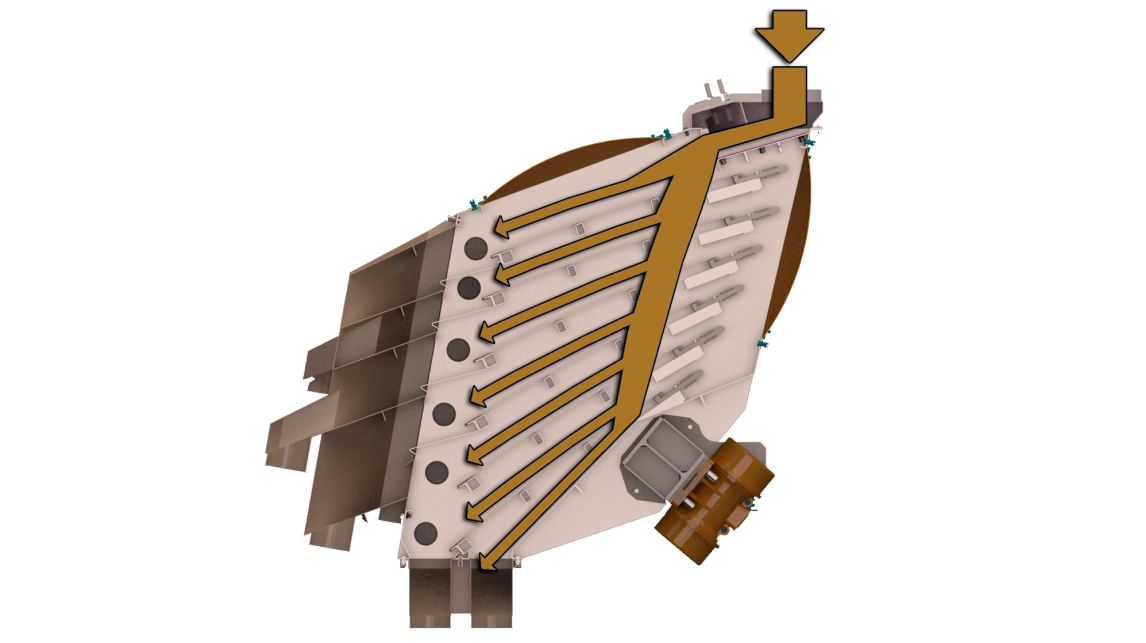 As a difference of traditional screen sizers, in Rollier screen sizers the fall and classification happens more vertical.

In a sizer or statistical screen, the material circulates more rapidly, on having taken advantage of the falls between decks. The thick particles go out rapidly of the flow of material since is produced a more vertical fall inside the screen (see drawing). This produces that the load on the following deck diminishes successively. The immediate consequence is that a bigger flow passes for a smaller machine, a less wearing of the mesh is produced and less energy is used. This makes very profitable the substitution of conventional screens of a great surface by statistical screens or sizers.

There exist additional very significant advantages of the sizers or statistical screens on the traditional screens: 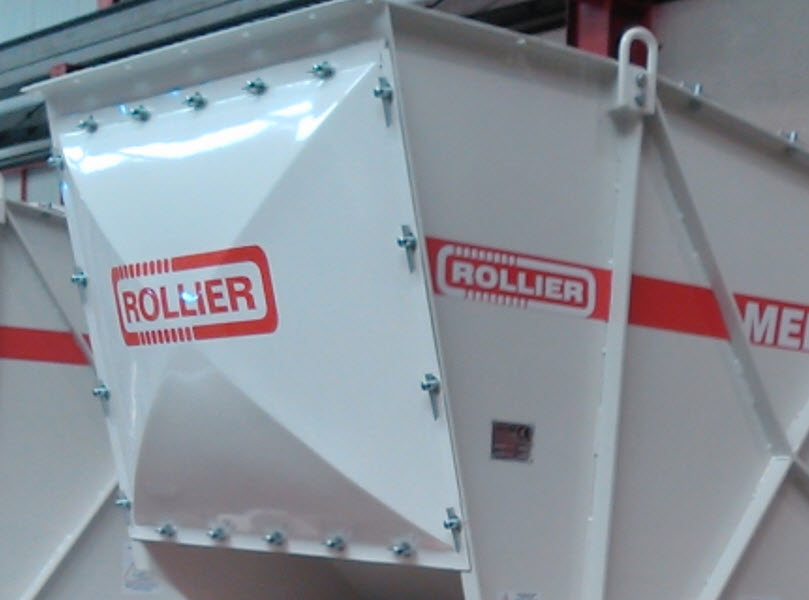 Aspirations can be installed on the screen sizers in all series.

The Rollier sizers have multiple accessories to satisfy the needs of the client. We enumerate the most important.

Whips of silicone or black rubber on the mesh, throbbing it with the vibration of the machine. On this way, the mesh cleaning in real time is achieved. They can be placed in all or part of the screen decks. 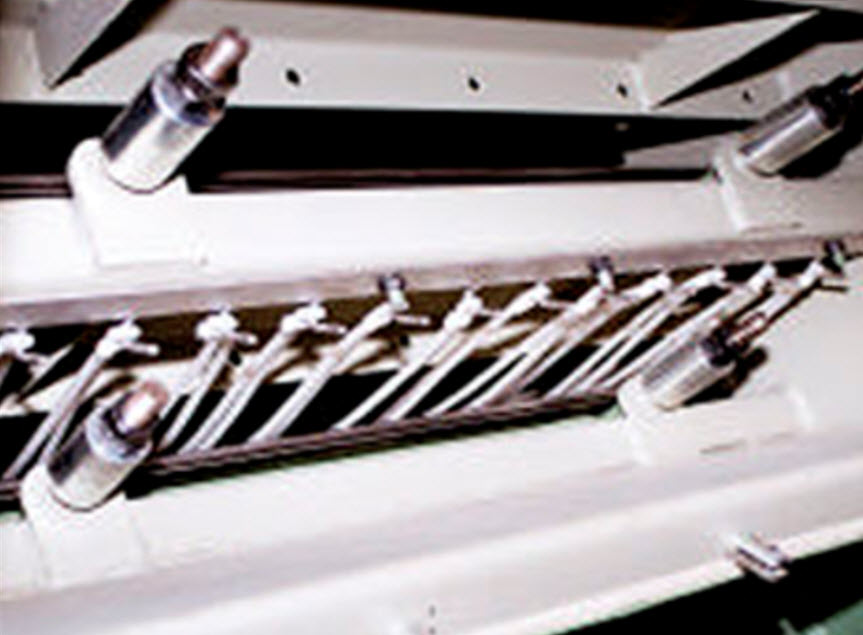 Its function is to get a uniform distribution on the feeding area of the sizer, or to feed with an ideal distribution two paired sizers. It consists in a vibrating triangular box that allows taking advantage of all the width of sieve from the first point. It is supported on silent blocks or springs and it has an apron type trellex doing hermetic the transition between spreader and sizer. 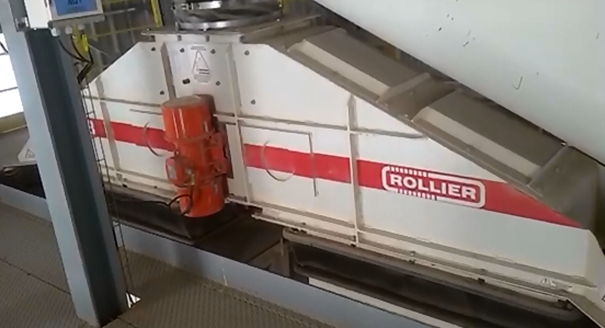 The Rollier defilleration system FillerLess allows the screening of fines inside the regulations relative to the maximum amount of filler in the sand. A system of ramps in fall, with the help of an aspiration fan, allows removing the filler in a regular way. This regulation is made by means of the inclination of the falls and a frequency converter controlling the aspiration fan. The material goes to a cyclone in which an alveolar valve deposits the aspired fines. The results are fines with a reduction of filler sufficiently to fulfill the requirements of the client. Depending on the customer needs the number of falls, the inclination or the power of the ventilator is dimensioned. It is an economic method to increase the added value of the fines without using costly systems of water or dynamic separators. 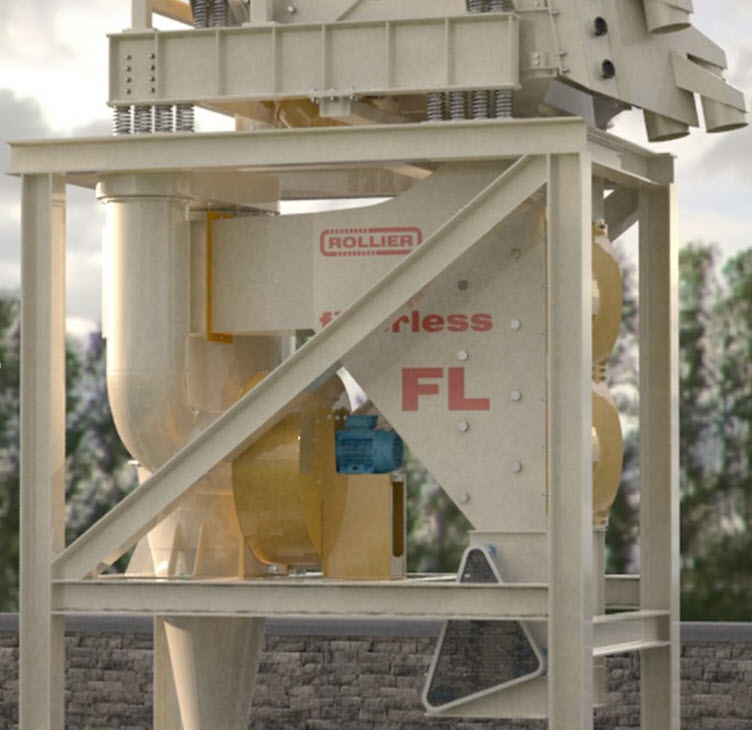 Rollier has a technical office capable of developing your projects, implanting the machinery on the plant of the client, at his satisfaction, developing structures, conduits or any additional element. 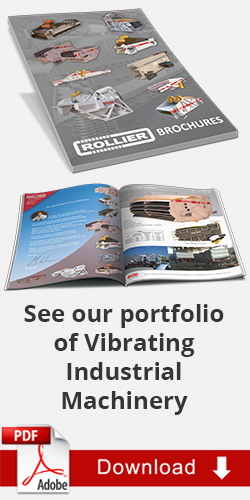